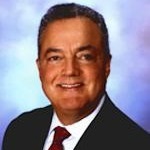 Mick Menendez has been in the insurance industry since 1972 and is currently a Director of Advanced Planning with Pacific Advisors, Inc. , an agency of Guardian Life Insurance Company of America. He was a General Agent with Guardian Life for over 15 years and as a General Agent, Mick’s agency was recognized by GAMA (General Agents and Managers Association) as being in the top five percent of all agencies in the insurance industry.

Mick graduated from San Francisco State University earning a degree in Communications. He is currently enrolled in the American College, pursuing his CAP™ (Chartered Advisor in Philanthropy)® designation.A Life Qualifying Member of the Million Dollar Round Table, Mick has several prestigious Court of the Table qualifications. Mick is very involved with NAIFA-California (National Association of Insurance and Financial Advisors), a premier association for insurance and investment professionals. He has served as Trustee, Communications Officer and most recently was the PAC (Political Action Committee) Chair, working directly with California State elected officials.

Mick graduated from San Francisco State University earning a degree in Communications. He is currently enrolled in the American College, pursuing his CAP™ (Chartered Advisor in Philanthropy)® designation.

In addition to serving the life insurance industry, Mick has been very involved in the community, serving on several non-profit boards. He was a Santa Rosa Planning Commissioner and Chair for several years (1992 – 1998) and Cardinal Newman High School Board of Regents (1999 – 2003). Since 1992, Mick has been a member of the Sonoma County Alliance Executive Committee, the Board of Directors and the Political Action Committee, serving as President both for 1998 and 1999 terms. Additionally, Mick has been a Board Member of the Wells Fargo Arts Center since 2001, now serving on the Honorary Board, as well as Past Vice President of the Santa Rosa Golf and Country Club, serving on various committees. Mick was recently selected as recipient of the “Spirit of Sonoma Award” for business and community contributions.

In his leisure time, Mick enjoys spending time with his wife, Carol, their grown children, Mark and Jaimee, grandchildren Paige and Harlyn, and their dog Milo. He also enjoys golf, various community fund raising activities, traveling, and touring with his wine clubs.

At Pacific Advisors, we help you get financially organized and make better-informed decisions and practices. You'll get a wide-angle view of your business, personal, and protected finances, allowing you to adapt as your circumstances and desires change. We offer a web tool called the Living Balance Sheet®. This tool makes it easy to recognize the long-term potential of every dollar you earn, so you can make decisions toward achieving improved financial balance.