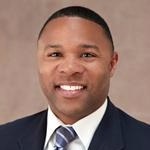 Michael works with clients to identify their definitions of financial security and then focuses on strategies that help make those financial goals a reality. He relies not only on his own knowledge and experience, but also on the expertise of a team of specialists available through his network. With this approach, he and his team provides innovative strategies and professional direction to help clients accomplish their objectives.

Philosophically speaking, Michael strongly believes his competitive advantage is his process as he places more emphasis on what his client’s value the most…rather than what they have of value.

Michael specializes in retirement, insurance and business planning for the self-employed in various industries. His mission is to develop enduring relationships with clients by providing professional guidance for a lifetime of financial security. As a financial specialist, Michael’s process is unique as he places more emphasis on what his client’s value the most…rather than what they have of value.

A born leader, Michael serves as a mentor to career changers/recent graduates who join the agency in helping them find their way in the financial services business. During his tenure at Northwestern Mutual, Michael accepted a leadership position in 2007 as he served as one of three College Unit Directors spearheading the agency's internship program. Under his leadership, he led a team of 10 college representatives to a top 50 national ranking. His nationally recognized unit featured 3 Winter Camp finalists (the top 100 interns in the network) and the #1 Western Regional Lives Winner. In 2013, Michael was the recipient of both the Client Builder Diamond Award as well as Top 1st Year Advisor with Pacific Advisors.

Growing up in Orange County, CA, Michael began his professional career of helping individuals in the sports marketing industry, in which he worked with athletes and entertainers and “bridged the gap” between sports and corporate America. It was in 2004 where made a career change to the financial services industry and began his career with Northwestern Mutual. Shortly after making a career change, he succeeded in qualifying for both Bronze and Silver Awards in his first two years of being a full-time advisor.

Michael graduated with a Bachelor of Science degree in Communication from the California State Polytechnic University, Pomona with an emphasis in Public Relations and Marketing. While at Pomona, he competed in intercollegiate basketball and baseball for the Broncos. Michael is committed to education and mastering his craft to better serve his clients and received his Chartered Life Underwriter (CLU®) and Chartered Financial Consultant (ChFC®) designations from The American College. Michael likes to travel, golf, play basketball, and spend time with his lovely wife Nancy.

LIVING A GOOD LIFE FOR THE REST OF YOUR LIFE

At Pacific Advisors, we combine decades of collective knowledge and a time-tested process to help you and your family craft a plan of action for financially producing and supporting a good life for the rest of your life. We call this plan your Path of Confidence™. At the end of the day, each of us is doing our best to live a good life. While money is no assurance of a good life, not having enough money for lifelong financial success certainly threatens a good life.

Complex strategies require advanced strategies, complex coordination, and specialized knowledge. At Pacific Advisors, we have implemented some of the most effective strategies for advanced asset protection and transfer, as well as maximization of assets and income. To accomplish this, we bring together your trusted professionals and our team of specialists to design strategies optimized for your unique situation.