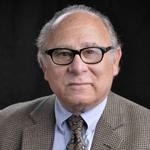 Did you know that 58% of Americans have NOT calculated their retirement needs?

Wayne Winter‘s career and life’s passion was practicing Podiatry. During his years of study and residency, followed by three decades in private practice, Wayne worked to grow his practice, expand his capabilities, and increase his service – then something bad happened. Today, as a financial specialist to the medical community, Wayne’s story of success, loss and then reinvention is a powerful one. His clients benefit from his experience and his perspectives on protecting a life’s work.

Recognized by patients, colleagues and peers, Wayne was enjoying the benefit of his life’s work. In 1997 however, all that changed. Wayne was diagnosed with an ulnar nerve entrapment. After two failed nerve transposition surgeries, his career – after a quarter century of uninterrupted growth and success – was suddenly over.

Without warning or preparation, Dr. Winter was forced to close his practice and then contemplate what to do next.

Wayne was shocked to discover just how common his situation was.  1 in 8 will become disabled for more than 5 years during their career**.  Yet, even with these odds, many professionals simply do not adequately protect themselves against the devastating impact of such a downside loss.

Wayne was fortunate. In his case, adequate protection did exist. Years earlier he had taken the advice of a trusted advisor and purchased proper disability insurance that included True Own Occupation coverage. It was not until after his injury however, that Wayne realized just how fortunate he was. He discovered that most disability policies do not afford the same protections against financial loss that were afforded under the policy Wayne had secured. The financial impact of this seemingly small difference soon became apparent.

Dr. Winter was able to largely replace his private practice income with the proceeds of his disability policy. This gave him the opportunity to design and build the next stage in his career. In Wayne’s case, it was building a career protecting other physicians from similar situations.

After securing the proper licensing and education, Wayne began a career as a financial specialist. His new career soon focused almost exclusively on advising other medical professionals on protecting their practices and livelihoods with proper disability coverage. Wayne knows firsthand the impact this has – and that by the time you need it, you cannot secure it.

In his twelve years as a financial specialist, Dr. Winter has become recognized in the insurance industry and in the podiatric community as an authority on medical practice protection. He works with physicians and dentists of all ages and career stages, helping them protect their current and future situations from a unforeseen loss. Today he serves a client base that spans the state of California and beyond. His agency, Guardian / California Brokerage, has also secured the endorsement of the California Podiatric Medical Association, the only Disability Income underwriter to do so.

Wayne now lives in a big country house with his wife Aileen, four dogs and twelve chickens. His personal and professional lives are thriving. His new career is expanding and he will be the first to tell you that the fateful decision to select the proper disability coverage made all the difference.

Wayne Winter, CA Insurance License #0C24915, is an Agent of Pacific Advisors LLC.
* Not practicing for Guardian or any subsidiaries or affiliates thereof.
** Source: 1 in 8: Commissioner's Disability Insurance Tables A and C, assuming equal weights by gender and occupation class, 7/13.